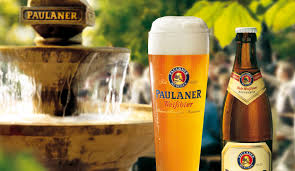 Oktoberfest Beers – Five to Choose From

One thing I’ve discovered as an expat living in England is that Brits really know their brews. Did I know the difference between ale and a lager?  Certainly not until we did some mandatory pint swilling on this side of the pond…more on that later!

How much do you know about Oktoberfest beers? Why not join one of our trips to Germany and find out for yourself?   Details at www.sat-travel.com or www.facebook.com/SATtrips

The Augustiner beer has been around since 1328. The brewery has continuously been in operation with the exception of World War II when it was heavily damaged. That didn’t deter the brewery and it was rebuilt shortly after. The Augustiner Oktoberfest brew is dispensed only out of wooden barrels.Alcohol Content: 6%Tents: Augustiner-Festhalle and Fischer-Vroni.

In 1417 Hacker-Pschorr beer was created by Joseph Pschorr Brau and Maria Theresia Hacker. The brewery changed hands a few times and suffered from two World Wars but found a way to survive and today is one of the six beers sold at Oktoberfest.Alcohol Content: 5.7%Tents: Hacker-Festzelt and Braurosl.

Paulaner beer began brewing in 1634 in Munich and today it is the largest brewery in Munich. It sits atop the Nockherberg hill and is one of the most recognized German beers in the world.Alcohol Content: 6%Tents: Armbrustschuetzenzelt, Winzerer Faehndl, and Kaefer’s Wies’n Schaenke. The Paulaner Weissbier can also be found in the wine tent.

For many people the Spaten beer brand is the original beer of Oktoberfest. It was re-introduced with the original full-bodied flavor brewed from a darker malt in 1871 that had been missing for some years because people preferred a lighter version. In the tent today you’ll find again a lighter version of the beer that’s in line with the change of taste. Spaten and Franziskaner-Leist Breweries were both owned by the Sedlmayr family who combined the companies to form a single company. They continued to sell the beer brands individually and do so today.Alcohol Content: 5.9%Tents: Hippodrom and Shottenhammel

Hofbraeu beer comes from the Hofbraeuhaus, a brewery created by Wilhelm the fifth and Duke of Bavaria in the late 1500’s. They were sick of importing beer and decided to build their own brewery. Hofbraeu was the first brewery in Munich to make Bock beer. It was a response to consumers need for a stronger ale. In fact the only reason it survived the Thirty Year’s War was because they paid off the Swedish Army with 344 pails of their Bock, the Maibock beer. The Hofbraeu Oktoberfest beer came about a few years after the celebration began to give the king a special beer, the Maerzen style lager. The Hofbraeuhaus in Munich today is the most famous beer hall in the world.Alcohol Content: 6%Tents: Hofbrau Festzelt